Launch the long-range Scout! Move the Flagship into orbital position! Reconfigure that Battlestation! Your squadron of loyal starships, powered by quantum probability itself, carries the might of your people to the far-flung stars.

The fleet is yours to command, but how will history remember you? As a ravenous destroyer? A clever tactician? A brilliant explorer? Maneuver your deadly armada, construct world-shattering technologies, and rally the remnants of humanity for a final confrontation.

Quantum is a light, tactical strategy game for 2-4 players, playing in around 45 minutes. Each player represents a fleet commander from humanity, exploring the galaxy and trying to build “Quantum Cubes” – massive constructions that rip the energy from planets. Build all of your Quantum Cubes first and you win the game. Sounds simple enough, right? Well, honestly it, it IS. The ruleset to Quantum is very simple. However, the other players blowing your ships into the void might delay your plans a bit.

Quantum has a variable map setup, with endless possibilities depending on how long or short of a game you want to play. This is one of the best things about the game. Altering the map one way slightly can result in a more combat-centric game. Altering it yet again can give you a game that plays out like more of a race with less player confrontation. The choice is yours.

Players will each use a fleet of ships, represented by oversized six-sided dice, each with unique abilities. The number shown on the die represents the ships speed, which is a beautiful design element. No looking at charts to figure things out. A “1” is a slow moving Battlestation, and a “6” is a speedy Scout. The interesting thing is, in Quantum, when two ships enter combat, each player rolls a die and adds it to the value of their ship, with the lower total winning. So, Scouts are great for exploration, but if they get into a skirmish with another player’s ship, odds are they will be headed to the Scrapyard. The Battlestation on the other hand takes a very long time to move across the galaxy, but can easily destroy everything in it’s path.

The ship’s abilities range from things such as being able to move diagonally across the map (not normally allowed), to having an extra attack action.
On a player’s turn, they will get to take 3 actions, in any combination, from the following…
Reconfigure – Re-roll a ship die, allowing you to alter your fleet on the fly.

Deploy – Move a ship from your Scrapyard to the map.

Move/Attack – Move a single ship up to it’s speed, attacking another ship if you move into it’s space

Research – Increase your Research level by 1.

In order to construct a Quantum Cube, players must have ships in orbital positions (adjacent) to a planet, with their values exactly matching a number shown on the planet. This is a big part of the strategy of the game. Should you race your 6’s (Scouts) across the map quickly, then try to Reconfigure them to the correct numbers? Or just move the appropriately numbered ships to the planet to begin with, and not depend on the luck of the roll while Reconfiguring?

Another huge part of Quantum is the Advance cards. There are always 6 Advance cards face up on the table – 3 Gambit cards and 3 Command cards. Advance cards are gained at the end of a player’s turn in which their Research reached level 6. One is also gained at the end of every turn that you construct a Quantum Cube. The cards allow you to “break the rules” of the game. Gambit cards will give you a one time effect such as expanding your fleet, or immediately relocating your ships to different positions. The Command cards are permanent effects that last the rest of the game, such as allowing all of your ships to move one extra space per turn, or allowing you to Deploy your ships for free on your turn instead of using an action. Each of these cards has a enormous effect on gameplay. Each time I teach a new player Quantum, I explain that the cards are perfectly balanced in the fact that each one of them is overpowered. If you ignore the Advance cards, you’ll quickly find yourself falling behind in the space race.
Constructing Quantum Cubes is the goal of the game, but using the Construct action isn’t the only way to do it. Each player has a “Dominance” level that increases each time they destroy an opposing ship, and decreases each time one of their ships is destroyed. If it ever reaches six, the player gets to immediately construct a Quantum Cube as a free action. In this way, the game actually encourages combat. Be the most aggressive player, and you may find yourself building your way to victory for free. Also, combat rolls that are tied are won by the attacker. Bonus. What’s more, is that if you attack and lose, your ship isn’t destroyed. It’s simply moved back to it’s last space. Double bonus. There really isn’t any risk to going on the offensive!

The game is very easy on the eyes as well. Heavy, thick components, great artwork, and a very clean, modern graphic design. Each time I’ve played Quantum in a public place, at least one person has stopped and mentioned how nice looking the game is.

I’m hoping to see extra content released for Quantum in the future. The game is ripe for expansions, from map tiles that have special effects, to unique abilities for the fleet commanders. But even if that doesn’t happen, it will be a very long time before this game’s replayability is exhausted.
If you’re looking for a fast, strategic romp through the galaxy, you can’t go wrong with Quantum. I highly recommend it to gamers of all levels. 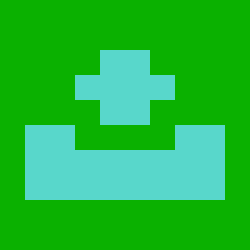