Smash Up: An Obligatory Card Game

Smash Up: An Obligatory Card Game

Smash Up isn’t just another deckbuilding game. This is a box of clever fun and strategy that can be shared with 2-4 players!

The base game for Smash Up features 8 different factions that you can combine to have both hilarious and strategic results. The Obligatory Cthulu and Awesome Level 9000 expansion sets each include 4 new factions and new bases to play on. Each faction has 20 cards that are either actions or minions. Minions may be played on bases and often have their own abilities that affect game play. Actions vary in effect that include being able to destroy another player’s minion, move a minion in play, or gain victory points.

Each player starts play with two factions—either chosen or randomly selected—that are shuffled into a single deck. The player who woke up earliest in the day begins play first and gameplay then continues to the next player to the left. Players open the game with a hand of 5 cards and may play 1 minion and 1 action per turn. Minions and actions may allow for additional play or card draw. Rules of the game are manipulated according to the cards currently in play.

Minions are stacked on one of the bases in play (dependent on the number of players) until the base reaches its power limit. Once the base is ‘broken’ from having minions equal to or greater than its power limit, the base is scored. Each base awards a varying level of victory points for first, second, and third greatest power total in minions. The first player to reach 15 victory points wins.

The box for the base game has dividers that will hold about 18 stacks of cards, which should allow for the base game and two expansions to be easily sorted and condensed into one box. The base game includes the Aliens, Dinosaurs, Ninjas, Pirates, Robots, Tricksters, Wizards, and Zombies. Awesome Level 9000 includes the Bear Cavalry, Ghosts, Killer Plants, and Steampunks. The Obligatory Cthulu Set contains Minions of Cthulu, Elder Things, Innsmouth, and Miskatonic University. The Obligatory Cthulu set also introduces–no surprise here–the Madness mechanic. Factions from the base and expansion set each have their own specialty or theme. Zombies are able to crawl out of your discard pile and ninjas sneak onto bases to take out other players’ minions.

A typical game can run about 30 – 45 minutes. The rules are fairly basic and allow for a quick out-of-box play with minimal reading to begin. Between the varying combinations you can play for your deck and the variety of options, this is a game with a lot of staying power that shouldn’t get old or boring any day soon! 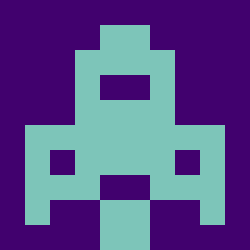