I remember as a kid playing a game we called “Dots and Boxes” with my parents. You probably played it, too – you have a grid of dots and you take turn making lines between them, hoping to create a box. You would put your initial in that box to claim and score it. This was a game we would play on napkins or placemats while out to eat. It is a good way to keep hungry kids occupied.

Castellan, a “boardless” board game from Steve Jackson Games, plays somewhat like Dots and Boxes. In Castellan, two players work together to build walls and towers of a castle. But they are also trying to claim area by building boxes, or Courtyards, before their opponent. When a player has completed a Courtyard, they place their color Keep inside for scoring.

To build their castle, players choose from a hand of cards that show what pieces are available to them. There are short walls, long walls, and towers. Players can play as many cards as they wish, but there is some strategy involved here – you want to play the pieces that are helpful to you, BUT you don’t want to leave any openings for your opponent to exploit. If you’re very clever, you may be able to force your opponent to leave an opening for you.

Castellan comes in two versions – the US version has blue and red playing pieces, and the “international” version is green and yellow. Separately, they allow just two players, but if you combine the two editions, Castellan becomes a four player game. It plays just as well with 4 as it does with two, making it a rarely versatile game.

The playing pieces are all plastic, so they should last a long time, and are fairly detailed – as to be expected from Steve Jackson Games. Other components (box and instructions) are also of high quality. Castellan is for ages 12 and up (but it can easily be played by younger players who understand simple gaming concepts). The rules can be learned in as little as 5 minutes, and play for 2 players takes around 30 minutes and increases for 3 or 4 players.

Castellan is a fun, quick game of strategy, randomness, and construction. It’s a great game for an avid boardgamer, but it’s also appropriate for beginners and kids. 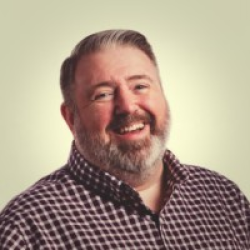