Conspiracy, Diplomacy, and You

Home / Blog / Conspiracy, Diplomacy, and You

Conspiracy, Diplomacy, and You

Released on June 6, 2014, Conspiracy is Wizard’s latest “summer set” intended for casual play. As most people reading this article will know, Conspiracy is intended to be drafted, with each pack containing a draft-affecting card instead of a basic land. After drafting, games are intended to be played in a multiplayer format of 4 players per game. As you might expect, this has a massive impact on strategy both during the draft and during play. A counterspell like Dream Fracture may not be as appealing, as you are spending that mana to slow down only one opponent and may leave yourself open to assault from two others by doing so. On the other hand, board wipes are incredibly powerful in the format as you destroy 3 opponent’s boards.

I’m going to get into specifics of drafting and deck building in a different article, but for now what I want to talk about is diplomacy – what to do to ensure the best chance of winning a multiplayer game. In my opinion, the most important factor in winning a Conspiracy draft is to use diplomacy and table talk to your advantage. You shouldn’t outright lie (if you ever want to play with those people again) but anything else is fair game – making and breaking temporary alliances is part of the game.

The Power Of Diplomacy

To see the power of diplomacy in action, let’s consider the hypothetical scenario where in the first round of a game, the first three players simply play a land and pass turn. The fourth player, on the other hand, plays a land, taps it to play Sol Ring, and taps that to play Mana Vault that he pulled from a booster pack added to the draft with Lore Seeker. In a two-player game this would be an incredible start, having a potential 6 mana available to him for his second turn. In a multiplayer game, though, this is a terrible play. That fourth player just put a gigantic target on his head, and you can be sure the three other players will focus on taking him out of the game before he becomes a giant problem with his mana ramp — one of the opponents might have a Swords to Plowshares that is guaranteed to be aimed directly at his fat turn two 6 drop and the other two will start attacking him each turn before he can get more big creatures out. From this scenario we see that looking too threatening can be a drawback.

Conversely, looking weak can also be a drawback. If a deck is too slow to bring out creatures in multiplayer, it’s quite possible to be eliminated before you can play anything because you’re an easy target for the other three players. Even if you’re using fog effects and counterspells, you’ll run out of those before your opponents run out of threats to kill you with.

The experienced players among you will note that the previous two examples roughly correspond to aggro and control decks in the traditional MtG archetype wheel. It’s my experience that neither of those two archetypes works well in multiplayer formats – aggro because you can’t possibly burn down 60 hp of combined opponent’s life before they can stop your aggression, and control because trading cards 1 to 1 to stop threats is a losing proposition when your combined opponents have 3 times as many cards as you. So what’s the solution? The best possible option is to have a mix of cheap cards that make you a poor target for your opponents and expensive cards that have the potential to win you the game at a stroke.

Let’s look at another hypothetical scenario. On turn 1 of the game, Andy plays a Grenzo’s Cutthroat coupled with the Brago’s Favor, Muzzio’s Preparations, and Secret Summoning conspiracies. With a 2/2 first strike on the board turn 1 and the potential for 2 more of them on the next turn, our aggro player Andy has shown himself to be an immediate threat. Brad and Clarissa just drop lands, and Mark plays a Minamo Scrollkeeper with Brago’s Favor. This guarantees he won’t be the target of Andy’s turn 2 assault, as why would Andy attack through a wall that would kill his creature? He’ll choose one of the other two players to attack. In the following turns, Brad and Clarissa will be angry at Andy for attacking them and turn their efforts towards eliminating him — Mark is clearly no immediate threat sitting there with just a couple of defenders. On turn 6 of this game, Andy is down to 3 life with only one creature left, on the verge of elimination. Brad and Clarissa have commanding board positions and either one of them can kill Andy on their next turn. It’s now that Mark brings out his Magister of Worth, voting for Condemnation. Andy, with nothing left, will clearly decide that a board wipe is the only thing that can possibly save him and will agree to the condemnation vote, making the other two irrelevant. Mark, as the only person with a creature on the board and a mostly full hand, gets an easy victory in a few more turns.

So what’s the ultimate point of this article? In tl;dr format, here’s how you get the best chance of winning a multiplayer game of conspiracy:

Make yourself unappealing for others to attack and don’t look like a threat until lategame. The obvious best deck will usually lose multiplayer games to the deck with hidden tricks.

I’ll leave you with one of my favorite tricks for multiplayer games: if you are playing blue and have a counterspell in hand, when an opponent casts a big creature reveal your counterspell. State that you’ll let the creature hit the table only if its controller agrees not to attack you with said creature on its first attack. Most people will agree to this, and by repeating the trick with the next guy you can often get opponents to kill each other before you!

Hope this article was useful and provided some insight into Conspiracy and multiplayer formats in general. I’m interested in reading any comments on what you found useful or not! 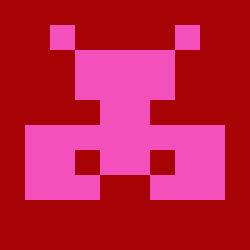 New to the Magic: The Gathering scene but an old hand at TCGs, Andy is looking forward to writing some MtG articles in the hopes they'll be useful for others getting started with the game like himself. By day, Andy works as a pianist, organist, and freelance web developer.