It is time for my favorite PTQ season as well as my favorite format, Modern. Not only do you get to play the most fun format possible, but for the small price of winning a PTQ you get a free flight to Hawaii for the Pro Tour. If you are familiar with modern you know that there are a lot of decks that one could reasonably take to a tournament. I want to discuss something before I get into my report for Grand Prix: Minneapolis, and my recommendation for the PTQ season.

For standard, you see people changing decks with shifts in the Metagame which could be week to week or over the course of a few months. This is typically the idea I employ as well, any opportunity to be one step ahead is where I want to be. For Modern though, it is better to typically play what you know. This is advised by even the highest level of pros. For the past year it has been evident that knowing your deck inside and out has paid heavy dividends. Midwest player Josh McClain has been the best example with tremendous results with Melira Pod over the past year or so.

With this theory it was time for me to pick a deck for Grand Prix Minneapolis. I have a lot of experience playing ramp and combo decks, more specifically, Tooth and Nail. The deck has everything that I love: Sakura Tribe-Elder, Remand, a card that just wins the game, and Cryptic Command. Let me paint this picture for you. Choose any deck in Modern, you have 8 lands in play and nothing in hand, you draw for your turn and win. That is the type of scenario that Scapeshift gives you.

The list I played in Minneapolis is irrelevant now as that was over a month ago. Most people from looking at the results for that event would easily copy and paste the winning list from the event and start playing that. I would caution this for a couple reasons.

How This Deck Delivers

The Maindeck is streamlined to be efficient and fast. Many times I was able to win on turn 6 as all the cards serve much the same purpose. The cards either make you faster by ramping lands, postpone the game (Remand and Cryptic Command), or try and find you Scapeshift.

While an exact boarding guide isn’t necessary I want to touch on a few things on the deck that may not be obvious.

–          Don’t play Serum Visions turn one unless you must. This card is insane later in the game in helping you find a way to win and the cards you are wanting to keep early are subject to discard and shuffle effects.

–          Keep in mind that 7 lands = 18 damage. This does come up if the opponent takes no damage from their lands. This is one of the reasons I run 2 Lightning Bolt in the main so that I can still win on 7 lands.

–          Don’t fear using Snapcaster Mage aggressively. I have played Snapcaster on Explore and Search for Tomorrow aggressively. When I look at the deck my first goal is to get to 7 mana, having the Scapeshift I can worry about later.

–          Anytime I brought in Relic I took out Snapcaster Mage. This could be wrong, but I never want to be in the situation where my Snapcaster is dead.

–          Against Jund you just overload on guys after sideboard. They do have a ton of discard but just can’t keep up with your threats and ramp after game 1.

Hopefully this has helped to convince some to look at the deck. I may be a couple cards off my final build but would feel comfortable playing close to this all PTQ season. If you have any questions feel free to post here or on Facebook. 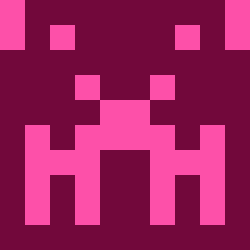 My name is Christopher "Chef" Heath. I have been playing Magic now for over 10 years competitively. I have played numerous tournaments that culminated in my qualification for the Pro Tour. While I do not play as much as I used to, I do still attend tournaments often and pride myself on choosing the best deck for any tournament.