If you like to have fun, Commander (formerly known as EDH) is the format for you. For those of you who have never heard of Commander, it’s a one hundred card singleton format (i.e. no multiple copies of cards outside of basic lands) with a focus shifted to multiplayer play. This slows the format down considerably, and for good reason. If someone goes hard in the first 4-5 turns of a game, they either get focused and die or just outright win. The second game for a very fast, mean deck in Commander never goes as well. With this in mind, I brewed around Progenitus focusing on control of the board, arguably the slowest general in the slowest format followed by the slowest archetype of play.

What type of card gives slow, incremental advantages over a long game, you ask? The answer, especially in five colors, is pretty obvious – Planeswalkers! As such, I loaded up on these (exactly twenty at the time of writing this article, with another two slated to be included, G/W Ajani and G/B Garruk). Without further ado, let’s look at the list!

I am purposely not including a land base with this list. My reasoning is that with the correct land base (all of the Onslaught/Zendikar fetches, with duals and shocks) this deck can be and is borderline oppressive and among the people that frequent Board Knight, it isn’t really feasible for filling the social contract of a game of EDH. This is a slow and steady deck at heart – if I were shooting for a respectable land base, I’d include the shock lands, check lands, pain lands, a few of each basic, Terramorphic Expanse and Evolving Wilds. The only lands I would 100% include (due to availability and usefulness) are Command Tower, Reliquary Tower, and Strip Mine. Land destruction is frowned upon as a rule of thumb, but eventually you’ll play a game where Ghave hits a Gaea’s Cradle and then wish you had one.

This deck overall isn’t a permission deck – it focuses much more on controlling board state, and in failing that, turtles until it can via Ghostly Prison/Sphere of Safety + 8 other enchantments. I included the two enchantment tutors for those specifically, but they have the added bonus of grabbing a Mana Reflection or Doubling Season as well.

A few of the more fun interactions of this deck:

If you decide playing this style of deck is for you, I hope you take some of the suggestions given in this list! Control is not for everybody, though, and in my next article I’ll be tackling one of my favorite archetypes of all time – tribal – and making use of some newer cards to brew a more agro list around Brago, King Eternal and his legion of spooky ghosts. 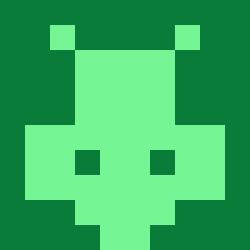 I'm a senior computer science student with a passion for loving others by being as huge of a jerk playing Magic: the Gathering as possible. I've been playing Magic since the Rise of the Eldrazi block, and I play mainly Commander and Modern.