Off to See the Wizard

Home / Blog / Off to See the Wizard

Off to See the Wizard

When most people think about a blue tribal deck, they’re instantly going to Merfolk. It’s powerful, has good synergy, wins in Legacy sometimes, etc. etc. As for me, I don’t like seafood. Okay, that’s a lie. I’d rather eat crab legs than just about anything. But I digress; I’m not here to brew a new version of fish. I’ve got other plans, so bust out your Hufflepuff shirt, broomstick, and get ready to grab the goldensnitch, because we’re headed to Hogwarts. It’s time to brew Mono-blue Wizards. 3 cards make me want to investigate the wonderful world of wizardry: Azami, Lady of Scrolls, Arcanis the Omnipotent, and Laboratory Maniac. Ladies and gentlemen, we’re about to go deep!

Okay, so if you can’t tell this deck is interested in drawing lots and lots of cards. Actually it wants to draw all of the cards in our deck. And then it wants to try to draw one more. This of course would usually lose us the game, but our friend Laboratory Maniac lets us win. Nice. Arcanis is a 6-drop legendary wizard that you can tap to draw 3 cards. Arcanis is expensive, but that ability is powerful, and we’re planning on playing a fairly long game anyways. Azami is his legendary lady friend who turns all of our wizards into an epic card drawing engine.

So we need some wizards to go along with Azami to create our card drawing engine. There are some expensive flashy wizards that we could include here (looking at you Thiago) but their price tag isn’t friendly to this exercise. Besides they’re probably death eaters anyways. Harry Potter references never get old, do they? Anyways, we’re keeping this deck wallet friendly, but still try to create some advantages from our creatures. We’ll start with 4 Augur of Bolas. We’ll have a fair number of spells to dig for in the deck, and he has a decent sized body to slow down agro decks. Next up we’ll add 3x Sage of Epityr. The sage will let us set up our future draws, which is especially helpful if we drop him turn one and follow up with an Augur. We’ll stay on curve and add 4x Sage of Fables. She’s on curve, pumps up our wizards, and gives us another way to draw cards. Finally we’ll throw in 2x Archaeomancer. He’ll help us to get extra use out of some valuable spells.

Any capable wizard had better have an arsenal of spells at her command, and we are chock full of that! Let’s start with a spicy one: Archmage Ascension. Why settle for being a mage, when we could be archmage. I say we shoot for the stars. With all the card drawing we plan on doing, it shouldn’t be an issue getting quest counters onto this puppy. Sure six might be a stretch, but I already told you, we’re going DEEP. Being able to hand pick each card we draw is insanely powerful. If we get this to go off, the game should be well at hand. We’re playing blue, and as blue mages it is absolutely imperative we run countermagic.

My plan is to load up. 3x Mana Leak, 1x Spell Pierce, 1x Essence Scatter, and 2x Negate. I could easily be convinced to run more. After our permission, the plan is to protect ourselves through bounce spells. For that we have 1x Boomerang, 2x Cyclonic Rift, and 1x Aetherize. There will be times when we totally blow out an opponent with Aetherize or an overloaded Rift. Finally, a little more card drawing. We don’t have access to Sphinx’s Revelation, so we’ll go with his cousin, Blue Sun’s Zenith. We’ll take 2, and try to use them repeatedly to help draw out our whole deck.

So part of our plan is to draw lots and lots of cards. I am not interested in discarding those cards. I’d much rather just have a giant hand full of cards. So our first four lands are all going to be Reliquary Towers. After that, Islands. 21 of them. Here’s where that leaves us:

And thus completes your tour of Hogwarts. I hope you’ve enjoyed your stay. I hope you draw you entire deck. I hope you have some fun doing it. If you want to gas up the deck a bit Snapcaster Mage is always a safe bet, and there are plenty of spells to add some dollar signs, like Remand and Cryptic Command. Otherwise this should fit about anyone’s budget. The most expensive card is about $2. As always, leave thoughts and any sideboarding ideas in the comments. Next up we go green, and we’re not talking elves. Say something, Legolas. 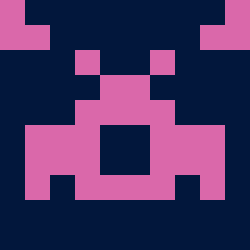